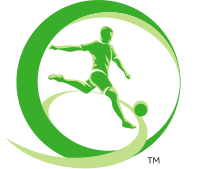 About UEFA U19 Championship

The 2022 UEFA European Under-19 Championship (also known as UEFA Under-19 Euro 2022) will be the 19th edition of the UEFA European Under-19 Championship (69th edition if the Under-18 and Junior eras are included), the annual international youth football championship organised by UEFA for the men's under-19 national teams of Europe. Slovakia will host the tournament between 18 June and 1 July 2022. A total of eight teams will play in the tournament, with players born on or after 1 January 2003 eligible to participate.